So, I was wandering around Second Life as I am prone to do. Looking for what the hottest event might be or the latest thing to hit the shelves is; and then something dawned on me. What if you aren't after what is 'Now', what if you are seeking what was 'Then'. Follow me so far? Allow me to explain.

Many of you beautiful bunnies are like me and try to get around to every fair, every event, every...well, everything. But, let's face it; it's just impossible to be everywhere at once. And sometimes, we do not hear about an event until it is too late. There are a few that pop up only for three days and then are gone, and some you have to be in an exclusive and sometimes costly group to be in the 'know.'

However, there is hope. Along with gacha fairs and events, a number of popular re-sellers are popping up all over the grid. Some inworld, some on the Marketplace and some can be found in a number of groups. 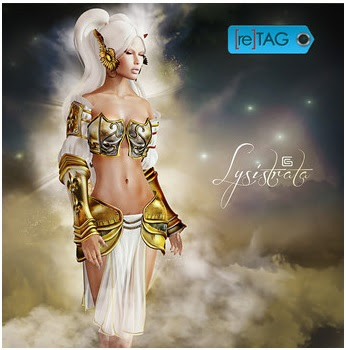 For example, this store on the marketplace is just such a re-seller. Some re-sellers will sell the items as they are pulled, individually. However, many will sell you the entire outfit for one price. As anyone who's ever played gacha knows, collecting a single outfit can be quite costly and time consuming. There is a random chance that you will spend hundreds to get the one color or style that you are looking for.

Most of you know that the major events such as the Gacha Arcade, have their own groups in which people can trade the items found at the event; for other items from the same event. Did you know though, there are other groups such as Gimmie Gacha and Gacha Addicts Trade and Chat which offer widespread trading of items from any event? Most gacha groups don't require a join fee, but some you do have to message the owner for chat privileges.


The best deals that I have found on past event items seem to be on the marketplace. And not just gacha events, but other limited edition event items can be found there listed by re-sellers as well. More often than not, you will find them in bundle deals. So, they are easier for you to collect. Also, during an event it might not be a bad idea to check out the marketplace or an in-world re-seller. I mean, some of us love the gacha items; but hate the fact that we might not get the color or style that we are looking for. Using an inworld re-seller or marketplace re-seller allows us to choose exactly what we want, and get it. 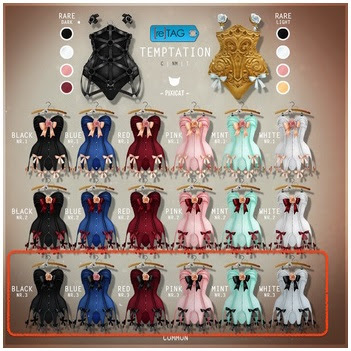 ​The pull price for the Pixicat Corsets at the event was about 50$L a play. You do the math. 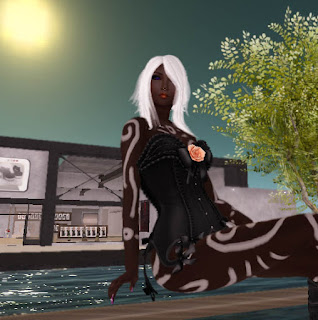 ​I love Pixicat and am proud to say that I got mine from a re-seller.

Now, some people say that purchasing from a re-seller might be 'unethical'. Personally, I do not see how. The original creator has already been paid for the product so they aren't loosing anything. In real life, many of us go to second hand shops and discount stores to pick up great deals on products that we love, and sometimes; we pay a little more for what we love. So I say go for it! Enjoy your second chance at gacha deals.

-Love
Syn
Posted by Bixyl Shuftan at 6:00 AM