Going on a Hunt

Shopping hunts are popular in SL in general.    Especially among those who have more time than  lindens to spend.  Grid-wide hunts while they encourage exploration of new sims and areas, they are often   what is known as chain hunts, which means you need to find the items in consecutive order.   Sim wide-hunts are usually easier in general and those which encompass only a mere store or two are easiest of all generally. 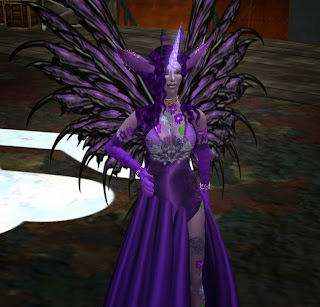 Hunts may have many themes, including holiday, seasonal, a color, an event such as a wedding or club opening or reopening, neko items, sexy underwear and accessories even be a melange of different themes encompassing the merchandise of a store etc.   Designers and sellers, while they want the items to be an example of their work, rarely give away their best quality items. However they should at least be an item most will keep and or use.    Usually an example of the item as a texture or list or on the website is helpful to know if the items are something an individual would wish to hunt for.

Hunts can be very vague and unhelpful for the most part , instance  something that says it is near a tree when there are 100 trees in an area, would not be very useful at all.      SL hunts has most in world hunts listed.    Others will advertise their hunts in the store only or in stores which sell similar  products.

A hunt's information may be given out in a variety of ways, in groups, through notices, through website links and even by an object which when touched gives out a notecards and/or landmarks

There is usually an example of what you are looking for next to the sign or object in most cases.   However, I tried a hunt where there was no indication of anything you were supposed to look for just that it was sim-wide and some rather vague clues.

Because some individuals use scanners and so forth to cheat, they I believe were trying to circumvent this possibility, another organizer utilized decoy items to help prevent cheating. I do not pretend to be an expert at hunting but I do not cheat in hunts so both of these hunts were rather difficult for me to the point I gave up on one and the decoy one I only found a couple of items.    Icons for hunts are easier to find if they are larger and a color which is bright.

I just want to say thank you to all the people who create and organize hunts in SL.    To all readers, happy hunting and have fun with it.

Kitacelia
Posted by Bixyl Shuftan at 6:30 AM